On the trail of the Great War in Val Vestino 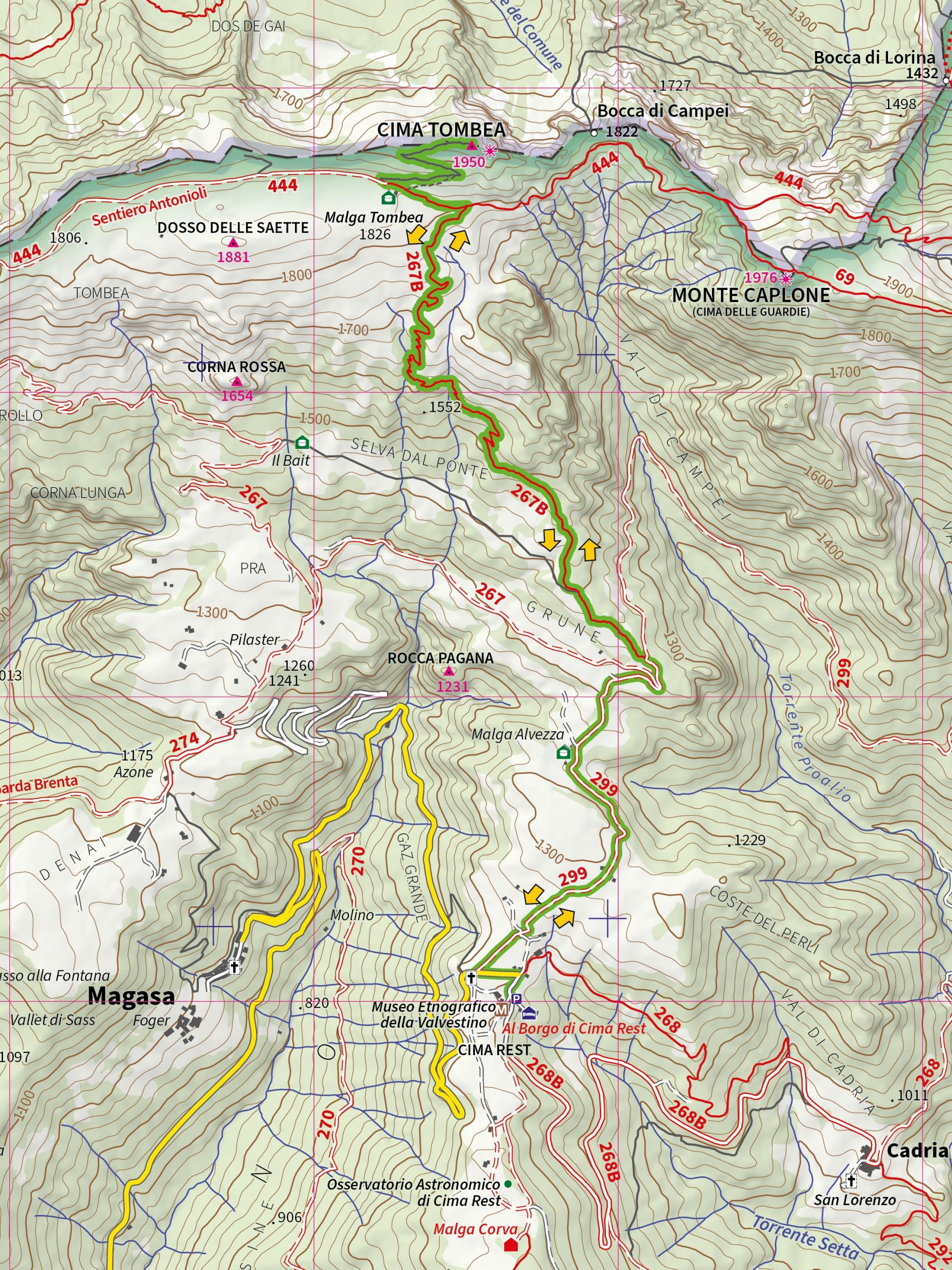 To the north, you can see what was once the territory of the Austro-Hungarian Empire, while behind it one can admire what was once its extreme southern slope: the Vestino Valley.

The real anomaly with respect to the Brescian area occurred when the bordering territories, Gardesana, Valsabbia and Val di Ledro, became dominions of the Serenissima, while Valvestino remained imperial land enfeoffed to the Lodron family. A wedge of particular strategic interest, because it was a less fierce route to the plains than others, with a double descent towards the Riviera and Valsabbia, the latter being defended in the Venetian period by the Rocca d’Anfo.

And many soldiers have passed along the paths of the valley: from the Lansquenets to Garibaldi’s troops and the Italians of the First World War. The men, therefore, served military service in the Austrian ranks, the laws were those of Vienna, and parish priests and curates were sent from Trento. The border, at the confluence of the Droanello stream and the Toscolano river, can only be crossed with a passport. In May 1915, Italian soldiers liberated the Valley, or rather occupied it, since the people of Valvestino were apparently not enthusiastic about being annexed to Italy: with Austria they enjoyed privileges and exemptions that facilitated trade, for example in meat, and then it was a question of changing everything, laws, currency and diocese.

On September 26, 1920, Trentino and Alto Adige were definitively annexed to Italy.

Walking along and observing a mule track of military origin, as well as evoking memories of the belligerent activities of the past, helps us understand how much the war changed the life of the nearby villages and involved their energies. It is possible to visit old military depots dug into the rock, trenches and strategic posts made of masonry or dug into the ground, and what remains of the mountain station of a cableway.

After Malga Alvezza (1265 m), we proceed up to a sharp bend where we take path no. 267B, ignoring the signs for Bocca di Cablone and Monte Tombea. The mule track climbs between meadows, fir and beech woods, with spectacular views of Magasa and Denai.

We cross a small stream and follow the road to the obvious crossroads, where we turn left to reach and pass Malga Tombea (1820 m).

Around the small pond, which is located at the beginning of the plain and has Mount Caplone as its backdrop, there are mounds of soil similar to tombs. Legend has it that the name Tombea comes from the morphological conformation of the land around the lake. In short, it is said that the richest shepherd of Storo was not satisfied with the pasture that stood on his town, and wanted to extend his boundaries to the pasture of Val Vestino. At the time, the flat summit of Mount Tombea was the cause of constant and serious disagreement between the inhabitants of the neighbouring municipalities, because every single village fought over the right of ownership. So the storese, before going to graze on Tombea, stopped in the valley in one of his fields and filled his shoes with earth. Arriving on the pasture, he began to make his complaints to the shepherds, swearing and perjuring himself that the land he was treading on was his, appealing to the judgement of God, adding that, if he swore false, a thunderbolt would fall on his neck.

As he uttered these words, thunder, lightning and thunderbolts shattered the earth and a bottomless, lightless abyss opened up at his feet and, with a terrible cry of anguish, he was swallowed up while the sheep remained mummified. In the place where the unfortunate shepherd was submerged, a small pond was immediately created, which, according to the people of the valley, has water even in periods of long and stubborn drought.

On the right, in about twenty minutes, an old military fortified mule track, which can only be followed on foot, takes us to the summit of Monte Tombea (1950 m) where there is a circular masonry compass rose, 1.50 metres high, showing the cardinal points and the thirty-four names of the visible mountains. The view is exceptional both towards Lake Garda and towards the highest peaks of the Adamello and Brenta Dolomites. In the distance, you can also see the peaks that form the current border with Austria. Particularly significant are also the views of the characteristic villages of Magasa, Armo, Bollone, Moerna, Persone and Turano.

The privileged position of the route allows you to admire the landscape in all its nuances: peaks, rock formations, prairies and valleys covered with extensive forests. There is no better place to appreciate, with rare completeness, the landscape and nature of the hinterland of the Alto Garda Bresciano Park.
The local flowers are exceptional and rare, including the Saxifraga Tombeanensis, which was discovered and “baptized” here, and the fauna is rich, with sightings of golden eagles, roe deer, ibex, deer and many other animals, since the presence of over 150 species has been ascertained in Val Vestino.

The return journey follows the same route as the outward journey. 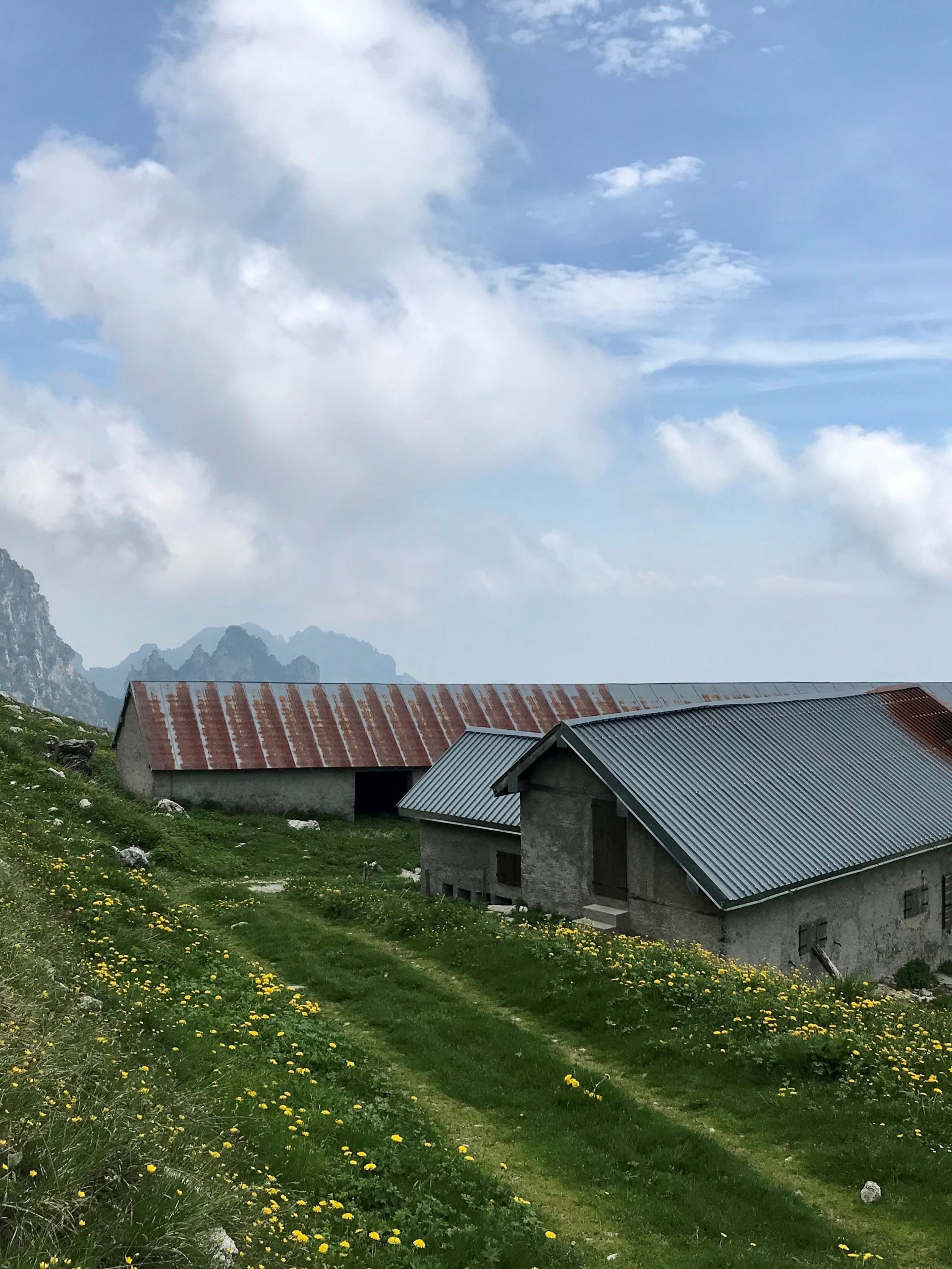 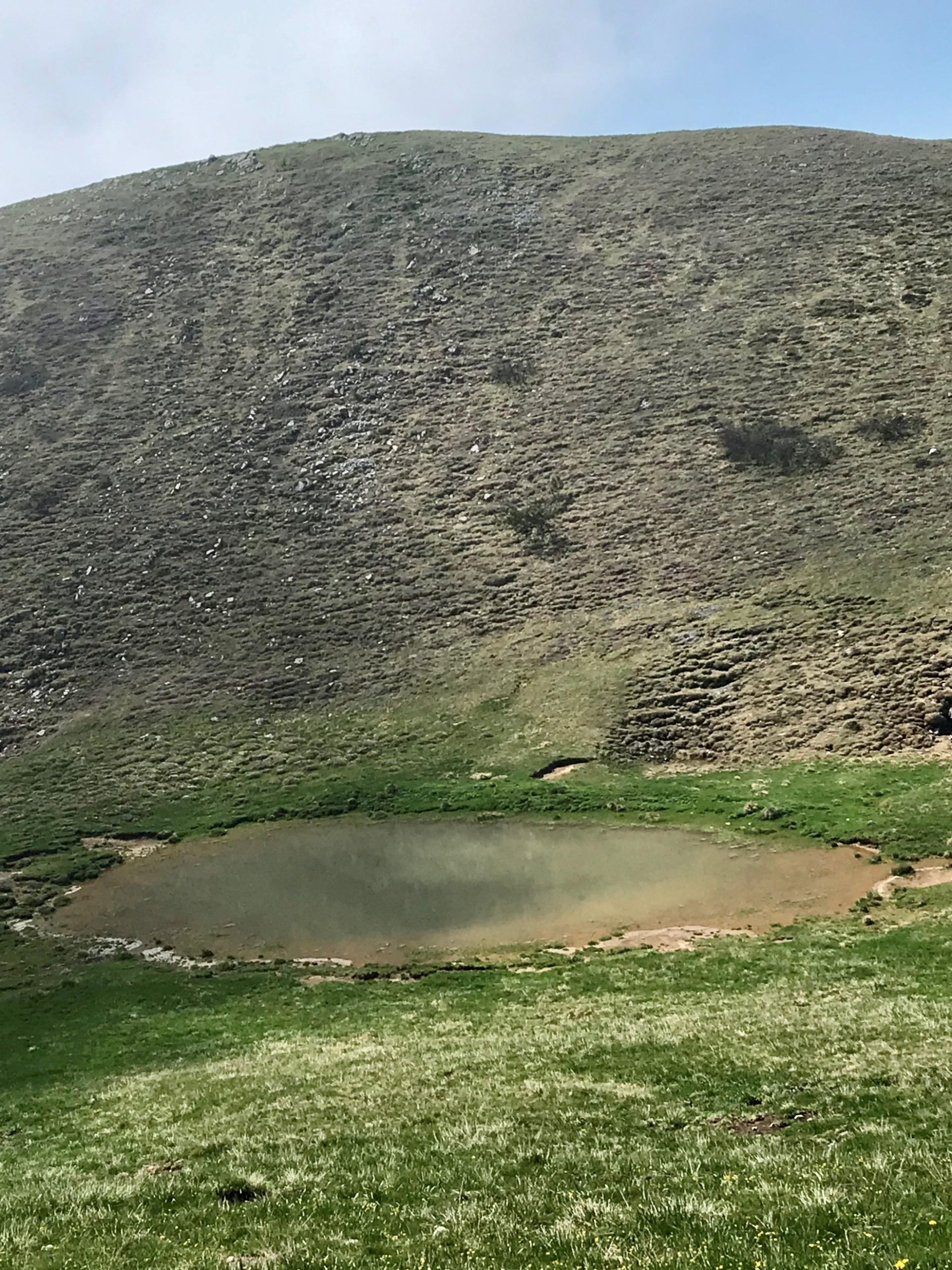 2. The small and legendary pond on Mount Tombea. 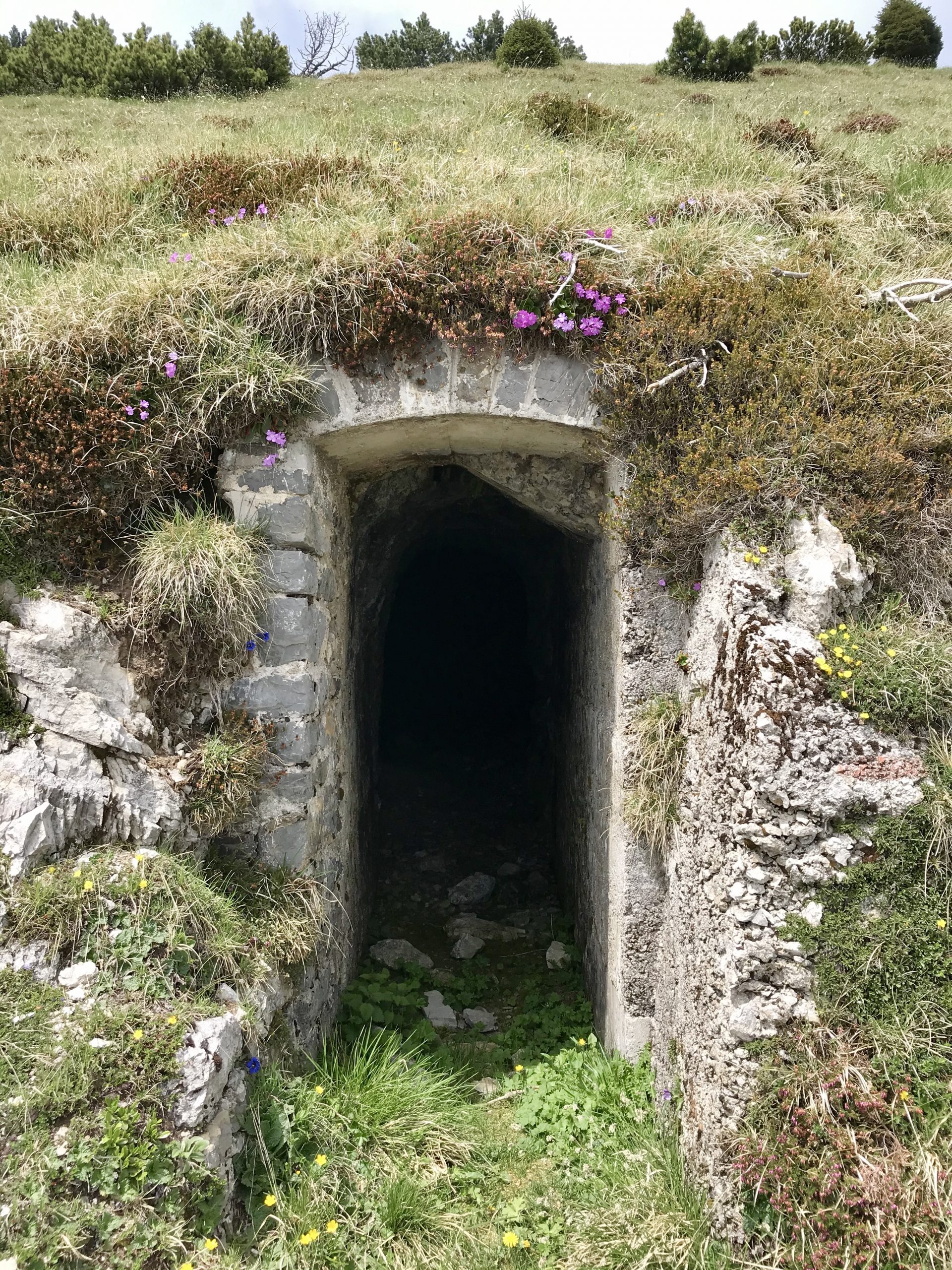 3. Trench, testimony of a past as distant as it is suggestive. In fact, The Val Vestino belonged to the Austro-Hungarian Empire. 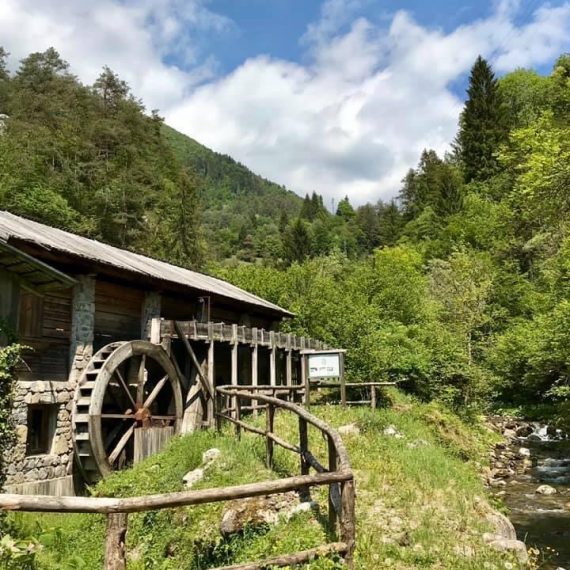 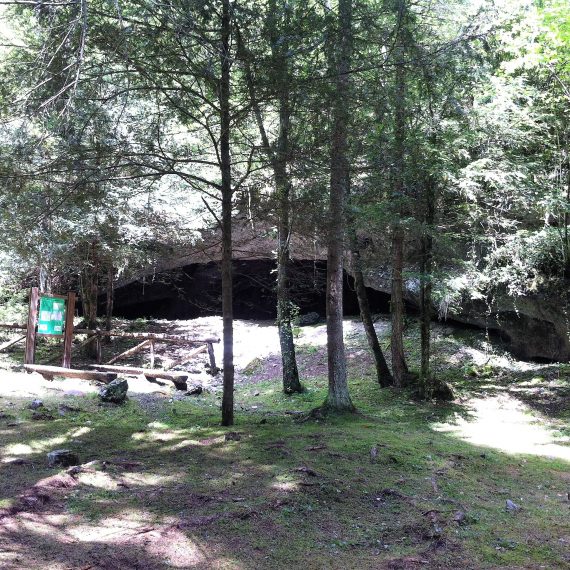 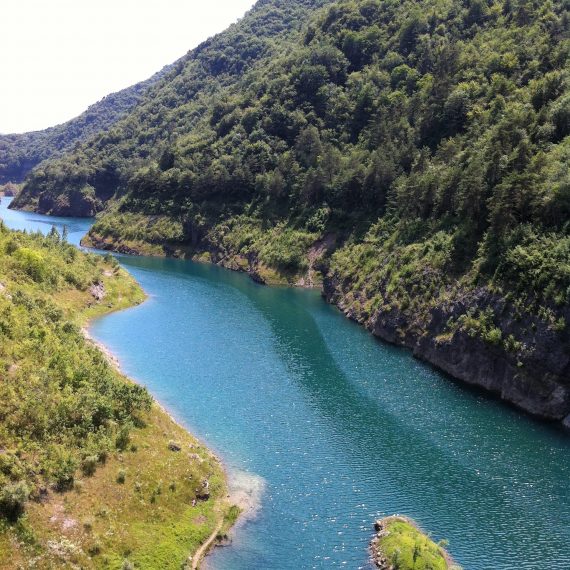 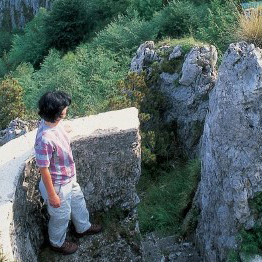 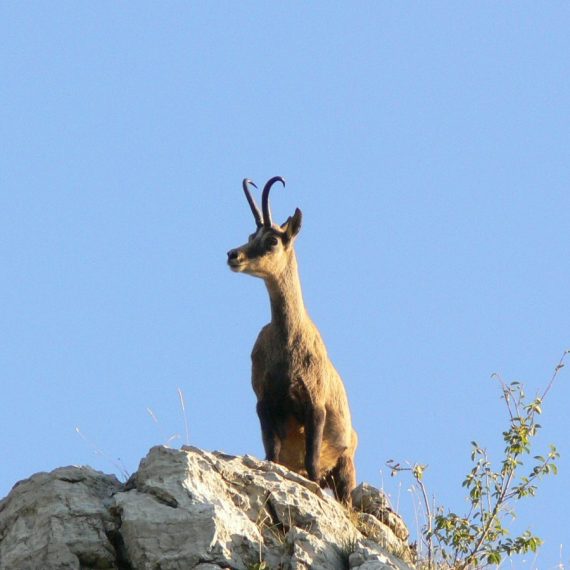 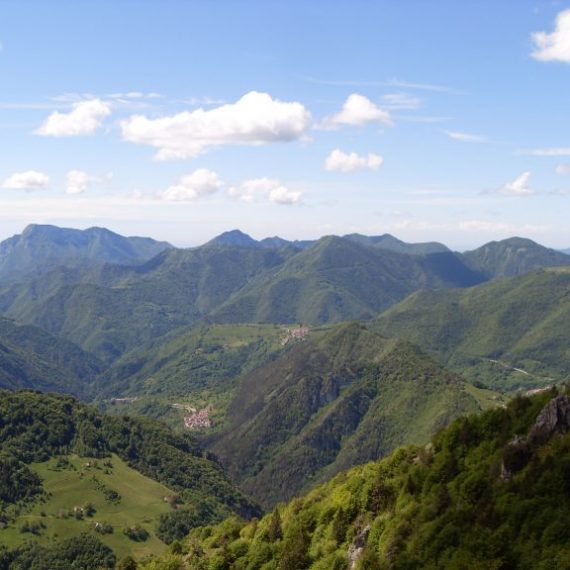 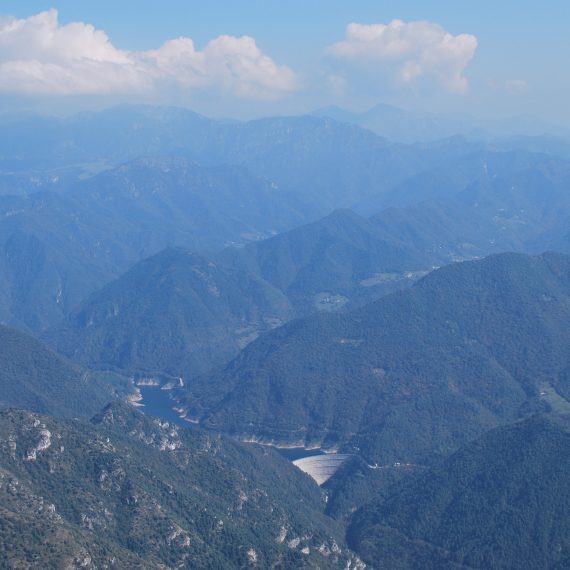 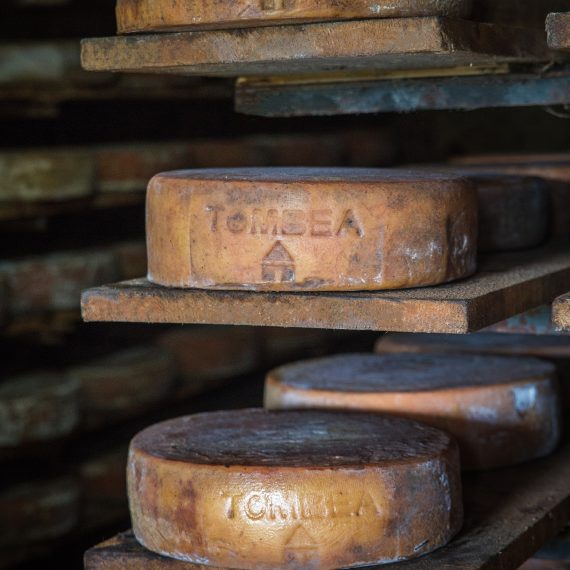 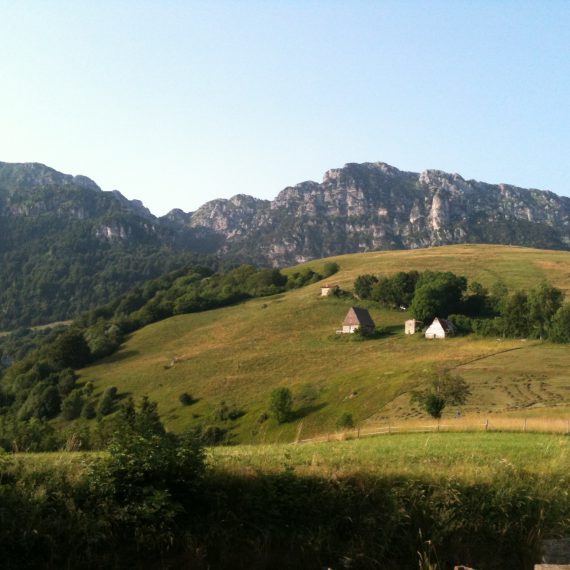 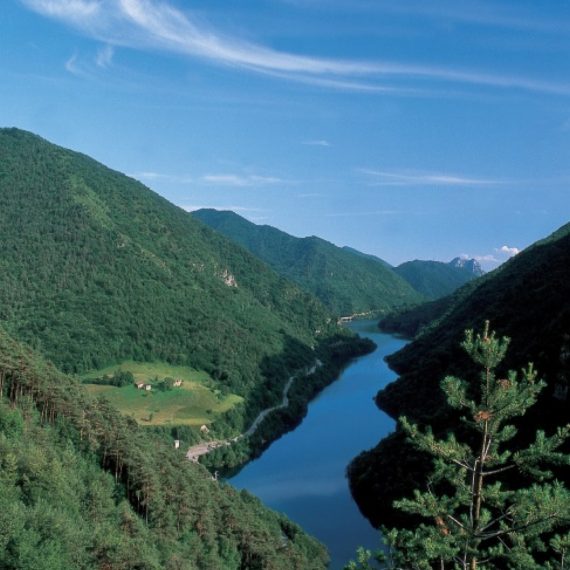 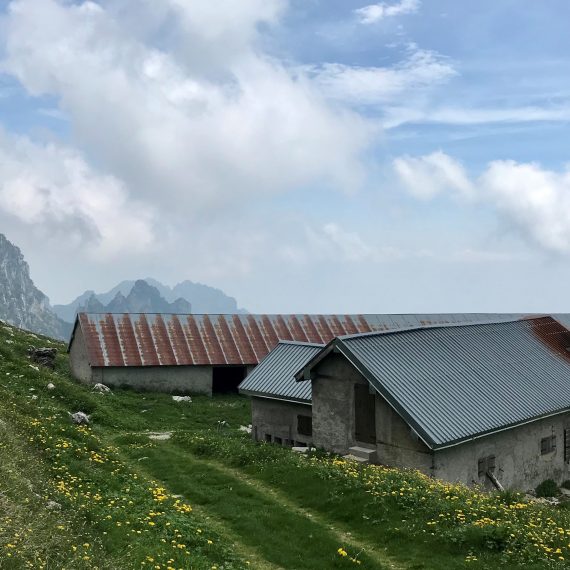 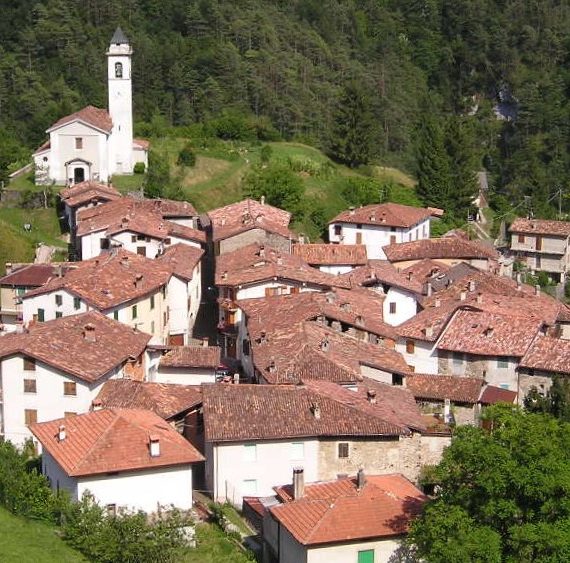